« Back to Glossary Index

What are Top Charts ?

The top charts are rankings of the best apps on the App Store and the Google Play Store.

Both Apple and Google show separated rankings for games and (non-gaming) apps. In addition to the overall rankings that consider all apps, they also create charts for every single app category.

The top charts differ by country. Besides, Apple provides different rankings for iPhone and iPad.

How Apps appear in the Charts

In all rankings, only a limited collection of metadata elements appear for every app. On iOS, users can see the app title, the subtitle, the app icon, and the price (see example picture). On Android, the same metadata elements plus the average rating shows up. 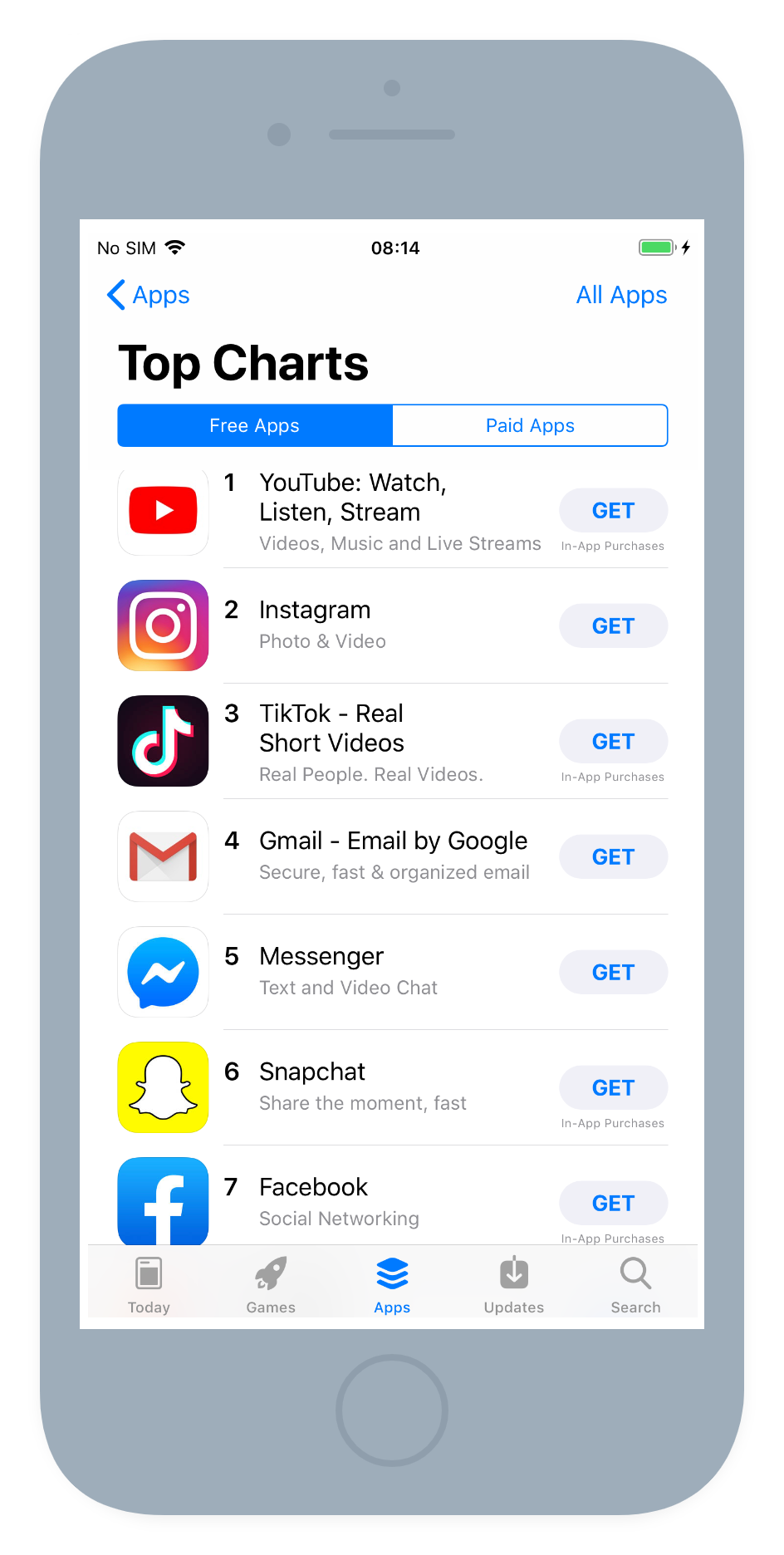 Browsing as a Conversion Opportunity

Browsing features and charts is one of three opportunities to create visibility for an app. Especially the overall rankings tend to produce significant download volumes.

Getting an app into the top rankings is hard, though. Only apps with a track record of success can make it to the top. That includes:

« Back to Glossary Index